Male sexuality in general (let alone gay male sexuality) has always been, and still is, a subject steeped in taboo.

And any gay role of merit in mainstream films must be played by a straight identified actor who found the job so deeply repulsive that he must be congratulated endlessly for even touching upon the subject.

Yes, the last 40 years have taken their toll and we may be crawling back for a very long time.

But of course, the gay hustler archetype is nothing new in the mainstream.

The Jimmy Deans, Marlon Brandos and their later manifestations all cashed their checks from the bible belt whilst throwing enough of a homoerotic wink in our direction to stay both commercially and artistically relevant.

Beau Butler embodies this archetype fearlessly and without disguise. The western masculine ideal has always flirted with the homoerotic, but Beau doesn’t just subvert or challenge this ideal, he actively INVERTS it.

All because he has the absolute audacity to be a bottom, a sexual identity somewhat complicated in the perceptions of gay male culture, let alone anywhere else, and he indulges his desires publicly, without reticence or apology.

Even the magnificent Diego Sans still shields himself within an identity of absolute masculinity.

The big dicked top taking his pleasure from whomever he chooses.

The connection between sexual orientation and gender roles has been confused by many people.

Understanding the differences between sexual identity and gender roles is enhanced when focusing on the issues of friendship and sex among gay men.

For many people, being gay has been interpreted in terms of not being masculine or, more specifically, being seen as feminine.

Beau Butler takes his own pleasure through an apparently submissive act and in doing so became a major star in a matter of months, forever changing how we view ourselves and our sexuality.

“There is a definite prejudice towards men who use femininity as part of their palate; their emotional palate, their physical palate. Is that changing? It’s changing in ways that don’t advance the cause of femininity. I’m not talking frilly-laced pink things or Hello Kitty stuff. I’m talking about goddess energy, intuition and feelings. That is still under attack, and it has gotten worse,” he says.

This identity, the masculine “power bottom”, so revolutionary at the time was a direct mockery of the patriarchal ideal, a complete re-identification of gender and sexual norms and aspirations.

It was this inversion that proves to be the most exciting, the most progressive and indeed, the most revolutionary part of his legacy.

Here is a new kind of muscle Bear figure who refuses to just shut up, play along, and assimilate.

Here is someone who is only himself, no matter the consequences.

Beau Butler uses his sexual identity as a tactic for personal investiture of power, strength and the subversion of fear and shame.

The bottom takes the traditional masculine leading role, and the top takes the follower role, or the couple switches roles during the encounter, making this fuck session more “politically correct” and egalitarian.

Beau Butler’s essence is his partner(s), and can be performed in many positions. It may take two to tango, but there’s only one Beau Butler, and he’s one in a lifetime…

Here is someone who’s willing to go farther into his own personal truth than most of us would ever dare.

He lives doing just that.

For this, I believe we owe him.

And I believe that we can all learn from him. 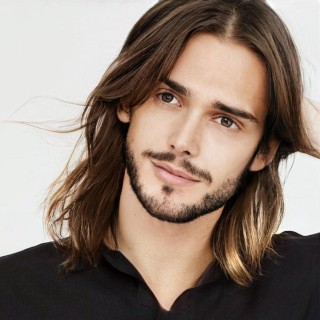